Scenes from A Run

As it becomes time to rev up the mileage on the path to the New York City Half Marathon-I take my long runs on the road. Off I went to Monterey for my 9 mile long run.  There's a beautiful trail that runs from Castroville to Pacific Grove (I think ).  I start in Seaside. 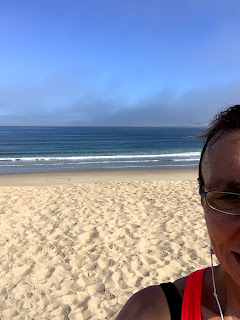 I should be one of those people who take pictures but really there isn't much to take pictures of that you haven't seen before.  Let's see if I can dig up some for you. 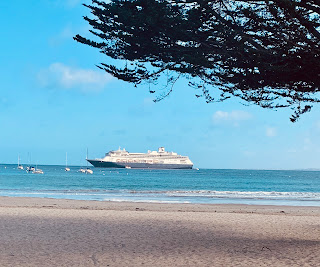 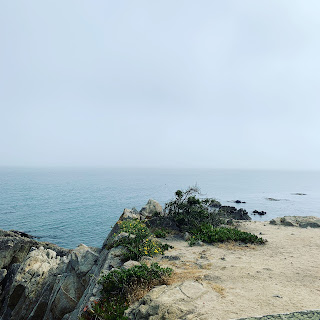 This is what it looks like and it is beautiful.   So I don't have to keep taking them unless there is something interesting. 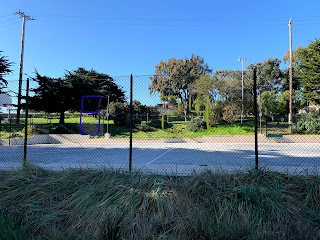 Okay look closely Here on the basketball court of Monterey right by the aquarium were the numbers 8 and 24 interlaced in the fence. There's also a beautiful blue sky.

As I was climbing the super big hill up by Seaside I met an older runner who was coming the opposite direction.  I stopped and talked to him.  He was 79 years old and had run 25 marathons in his life.  He only does half marathons because they take up too much time to train for.

So he told me about  Blue Zones and how those that live to be a hundred exercise and I should keep that up.  He told me that he was running a half marathon next month too.

You never know who you see on this trail.  But it's beautiful and not too far from home.  Join me here.

Posted by commonersguifetolife at 9:00 PM No comments:

The Week That Was

Let's see what happened on my camera this week. 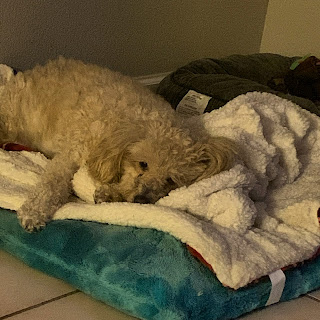 This is a picture of Benjie before he went to the groomers.  He hates the groomers but they are really great and he comes out looking beautiful. 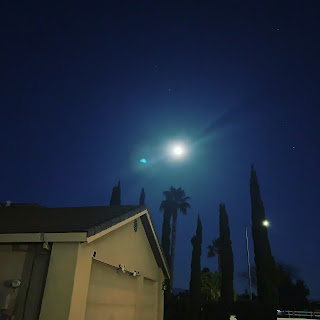 The moon is one of my favorite parts of nature.  I love it and can look at it for hours.  Like most divas it doesn't like to be photographed.  But here's one picture I did get. 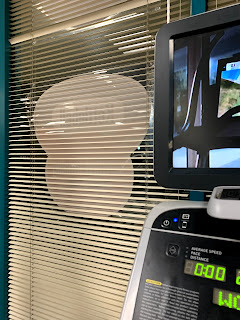 I am growing to really like the treadmill.  My gym at 4:45 AM is full of warriors who inspire me everytime.  They could do a better job of decor.  This was my view. 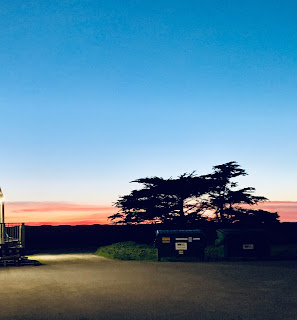 My district office is in Moss Landing.  Moss Landing is so beautiful.  You should go some time.  This was the sunset as we left a meeting on Monday.  I need to slow down when I'm there and take it in.  Like the Otters who literally cross the street there.

It's Valentines' this week. Love to ALL
Posted by commonersguifetolife at 12:57 PM No comments:

The Many Faces of Benjie

No matter what kind of relationship we have.  You and I -that's who I'm talking about.  Maybe you know me in real life, or from work, or a fellow Running Ambassador, Maybe a former classmate, or one of my favorite categories former cycling friend-you know about Benjie 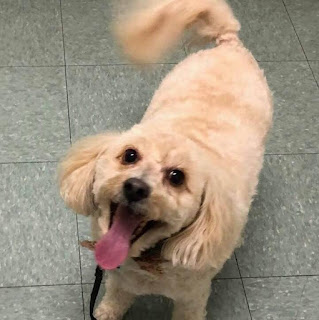 Benjie is the first dog who is truly mine.  The story of Benjie is that 11 years ago during a parent conference a parent came in holding this fuzz ball that fit in the palm of my hand and I took him home. 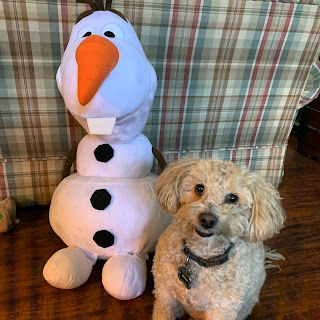 His original name was Bon Jovi because he had this crazy blond hair.  Danny thought that was too hard to say so his official name is Benjie Bon Jovi.  No-one knew I was bringing him home that November day but I did. 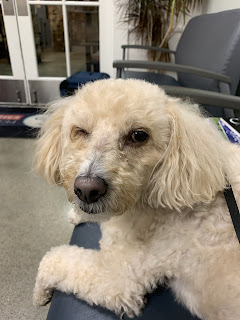 Benjie's personality is huge.  Almost as huge as his stomach.  But he is the most loyal person I know.  Oh -he's not a person?  Tell him that.  He's smart, he's cute, he's friendly, he is ALWAYS happy to see me.

I tell lots of people they need a dog.  They don't always do it.  But this guy?  He should be a dog ambassador for people to have a dog.  Plus he LOVES the camera. 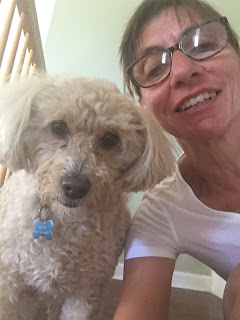 I wanted you to meet him.  This is Benjie
Posted by commonersguifetolife at 9:00 PM No comments:

I've been fighting aging for quite some time.  It's part of the workout every day almost-run the marathons-run in the dark obsession I have.  I'm determined to fight it every step of the way.
Lets face it I attacked my career in my 50s ran my first of 4 marathons and haven''t looked back. 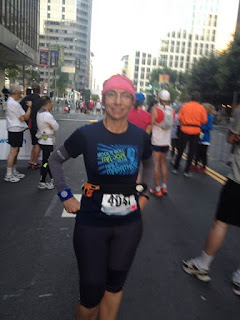 I'm not really a late bloomer -I'm actually an old sole.
But then came Super Bowl some number I'm not sure of.  This was the 49ers my adopted team and the KC Chiefs.  The 49ers have a really young coach.  Like he's 15.  The Chiefs have a super young quarterback.  His mom is younger than me.

But then came half time.  And this. 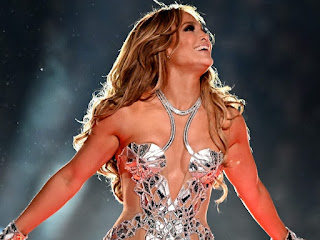 She's 50-and she's not listening to what people tell her to do.

But she's not the only one in their 50s.  I'm always protective of people who are my age.  Here are a couple 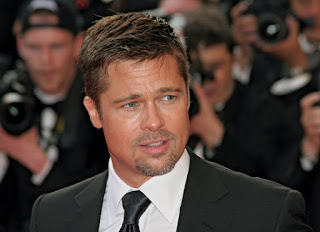 we are the same age.  I'm sorry-have you seen his abs? 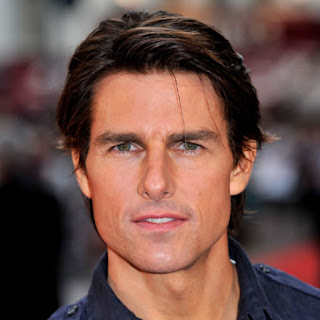 In the running world you see them all the time.  70 year old women breaking records.   In fact I have yet to crack the podium in my age group.  There are women my age who are really really fast and can run far and do so often.  Here's one 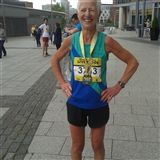 In my real life they are everywhere.  I have friend coming back from an injury running 6 minute miles.

So the next time you are feeling old.  I have a feeling those of us in our 50s-we are going to be blazing trails for decades to come.

Power to the People (over 50)
Posted by commonersguifetolife at 9:09 PM No comments:


A couple of years ago I had one of those awful pivotal years.  The kind of year which sucks so bad but propels you to something better.  Which it did because I'm super lucky to be working where I am and in the place that I am. 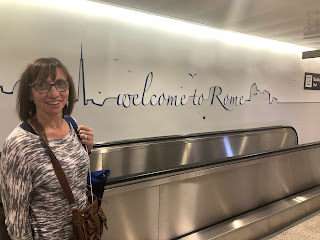 But along the way I took a much deserved long awaited trip to Europe on the most beautiful cross ship in what I call the Motherland.  Italy.   Rome, Florence and Naples.

I am 100% of Italian Heritage.  I've not done a DNA test but everyone all the way back was Italian.  No dosages of random other Europeaniss like the rest of the family. And I look Italian.  I'm of southern Italian Peasant stock.  With the attitude to go with it.

Look at me there.  I think I look good for having flown 12 hours.  I was so excited to be there.

After all Italy is the home of Art, Food, Fashion, Religion, Music, History?  Keep going.  All of it.   And going there were the essence of every family tradition and the way I looked.

That cruise was so amazing.  It was perfect.  I'll go back to Italy someday.  Probably 2021.  Even if I go all by myself.  Have you been there?  You need to go.
Posted by commonersguifetolife at 9:29 PM No comments: 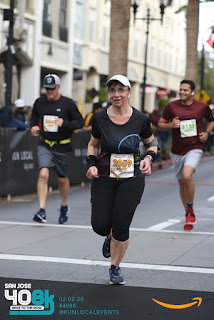 January was a great month.  I hit every workout on my schedule for the entire month.  I'm running better and better every time I get out there and these past two weeks have been pretty perfect.

Remember me telling you that last weekend's race was great?  Today was greater.  An 8K which is about 5 miles.  This race. 408K Race to the Row is part of the Run Local Series.  They utilize downtown San Jose which is great -it's flat and it's fast.  It starts at the Shark Tank and finishes on Santana Row.  Well run, well attended .

I met lots of nice people today too.  During the race I met a guy wearing a NYC Half Marathon shirt.  We talked about that just a little bit (during the race).  He's going next month too!

I road the bus back with a woman who is an ambassador for Run Local -I'm a Mermaid Series Ambassador.  We talked business and running.  I'll see her again in April at the Silicon Valley Half.

I'm making an effort to do more local races this year and I'm loving the ease of it.  Get out there!  Run, walk, whatever.  Running is a gift and it's for everyone!  Let me know if you want to meet up!

Posted by commonersguifetolife at 12:07 PM No comments: 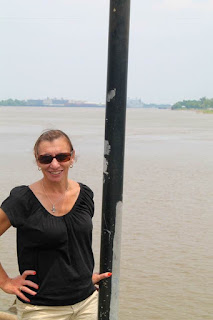 I've always had a thing for New Orleans.  For Decades.  Probably since high school.  I think originally it might have been the music but as time went by it became an obsession.

Not too many years ago we decided to make a city list and start visiting.  Most of our trips at that point had been to Dublin or New York to visit families.  It was time to take vacations.  First we went
to Seattle and that was great.  It was easy it was close it was cheap. It was fun.

The next year we went to New Orleans.  It did not disappoint.  If New York has my heart and San Francisco has my mind and body (get it? I live near here).  New Orleans took my soul.  The food, the music, the hurricanes, the voodoo , the people, the history, the architect, all of it.

When we do these cities we are tourists.  All the places all the buses including a tour bus driven by Henry.  Henry was a pure bread native with a great sense of humor.  New Orleans can not be spoken of with out talking about Katrina.  The hurricane which devastated the city.

This particular picture is not characteristic because I'm smiling. I  shouldn't be.  If you look very very closely you can see the water mark from where the mighty Mississippi rose on that terrible September day.

Take that in.  I love that city.  I will go back.
Posted by commonersguifetolife at 9:04 PM No comments: